Analysis and critique on orems theory of nursing 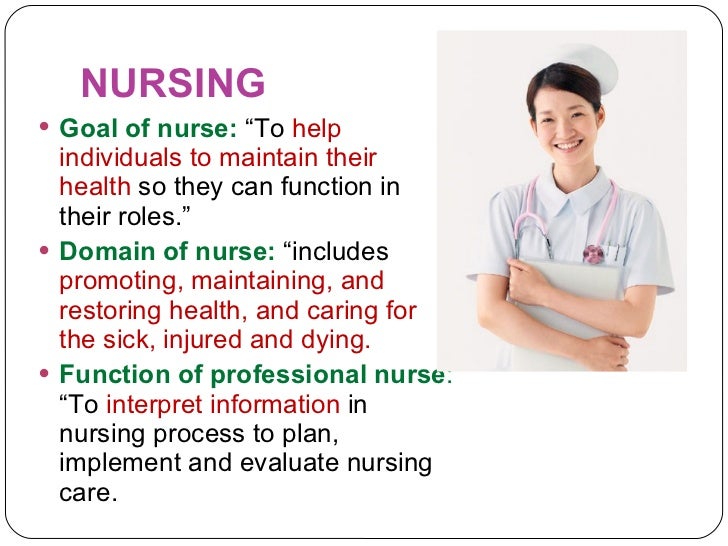 Within the past decades, the nurses faced a series of challenges concomitantly with time.

In order for the profession to keep up, change is vital. There is no denying that change is necessary because it is the only constant thing in this world.

Acknowledging the efforts made by our forerunners and pioneers of the nursing profession, we still continue to study and inculcate in our minds their teachings and their legacy. If we look deeper into the past, these pioneers have nothing and their sources were scarce, but still they were able to develop nursing theories which served as a guide to all aspiring nurses.

It has served a great deal in the evolvement of the nursing profession. Nowadays, we are shepherd by what we call evidence-based practice. One of the theorists that left a legacy goes by the name of Dorothea Orem. Her theory entitled Self-Care Deficit Nursing Theory has influenced a great number of researches and practitioners who incorporated her theory into their practice.

But being one of the first nursing theorists, her theory presented with some gaps and flaws. That is why it has come to my attention to pursue, fill in the gaps, correct the flaws and add some information in which I think is important to consider in her theory.

Unlike the other theories that are patient- centered, this theory is said to be goal-oriented. She explained that the theory is aimed towards making the patients perform self-care activities. In agreement with the statement, human beings are indeed a unique species because we are able to reason out and continue to grow as we learn new things every day.

Our capacity to perform a series of tasks is endless if we put our mind into it. She also stated that she believes that individuals have the potential to be developed and learned. I think what I have explained in the previous statement is what she is trying to convey but had a grammatical error instead.

For the World Health Organization, health is defined as a state of physical, mental and social well-being and not merely the absence of a disease or infirmity. The definition being too vague I think it would be better if Orem had an operational definition of her own because it contradicts with the other points in her theory.

I think the theory is for an individual with an existing illness or someone whose system failed to put up a barrier to fight with foreign bodies which resulted to a disease or a client who has experienced too many external factors that has caused disequilibrium in his system which resulted to an illness.

Because a well individual does not need a dependent care agent or a nursing agency to help or aid in performing his activities of daily living ADL.

I want to reiterate the internal environment of the client in which I think is essential in his recovery. Nursing Nursing is defined as helping clients to establish or identify ways to perform self-care activities according to Orem. But I would like to emphasize that the nurses and the significant others are only there to assist them in the activities of their daily living.

Through intrinsic motivation, the client will be able to condition his self and know the reason behind why does perform those activities, that is for satisfaction and pleasure. I guess you can say performing one of these activities is reinforcing in-and-of itself.

I highlighted the word promote because I would like to put emphasis on this word. Self- care is a necessity but it is not a primary factor in achieving the optimum level of health.Nursing theory is the term given to the body of knowledge that is used to support nursing practice.

Theory is the creative and systematic way of looking at the world or . Her theory entitled Self-Care Deficit Nursing Theory has influenced a great number of researches and practitioners who incorporated her theory into their practice. But being one of the first nursing theorists, her theory presented with some gaps and flaws.

The Self-Care Deficit Nursing Theory, also known as the Orem Model of Nursing, was developed by Dorothea Orem between and It is considered a grand nursing theory, which means the theory covers a broad scope with general concepts that can be applied to all instances of nursing.

Analysis And Critique On Orems Theory Of Nursing. Theory development surfaced in nursing because of its leader’s desire for nursing to be considered a profession, and then to help nurses increase their knowledge of practice, what it is and what it can be. 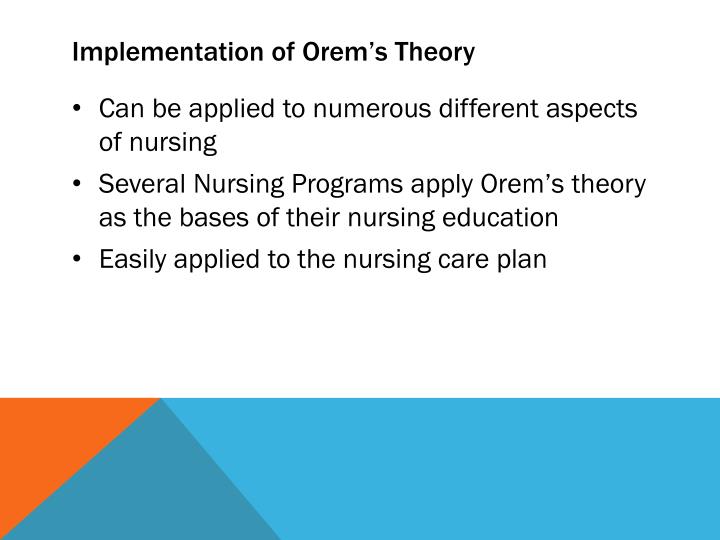 Theories can help to identify a clearer picture of practice than using facts alone (Walker & Avant, ). Timmons and Horan () conducted a literature search on the analysis of Orem's () self-care deficit theory as it pertains to coronary care nursing practice.

They reviewed 23 articles written. Theory Analysis: Orem. Click on image to enlarge. Orem’s Self-Care Deficit Nursing Theory is logical, has been in existence since , can be applied to nursing practice, is used to create nursing curriculum, and is utilized as a nursing theory worldwide.